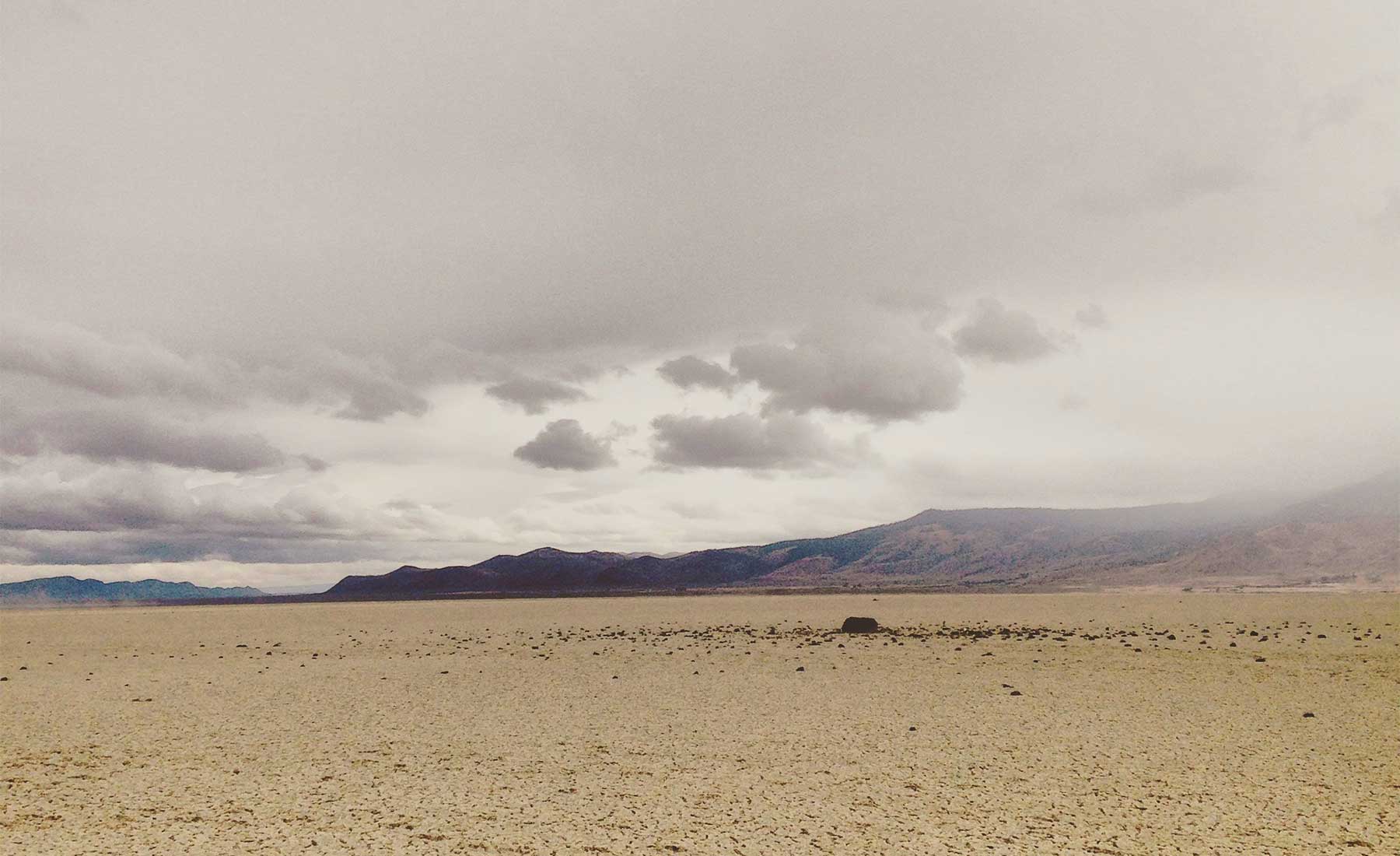 Margaret Atwood meets Miranda July in this wildly imaginative debut novel of a mother’s battle to save her daughter in a world ravaged by climate change, a prescient and suspenseful book from the author of the acclaimed story collection, Man V. Nature.

Bea’s five-year-old daughter, Agnes, is slowly wasting away, consumed by the smog and pollution of the overdeveloped metropolis that most of the population now calls home. If they stay in the city, Agnes will die. There is only one alternative: the Wilderness State, the last swath of untouched, protected land, where people have always been forbidden. Until now.

Bea, Agnes, and eighteen others volunteer to live in the Wilderness State, guinea pigs in an experiment to see if humans can exist in nature without destroying it. Living as nomadic hunter-gatherers, they slowly and painfully learn to survive in an unpredictable, dangerous land, bickering and battling for power and control as they betray and save one another.

But as Agnes embraces the wild freedom of this new existence, Bea realizes that saving her daughter’s life means losing her in a different way. The farther they get from civilization, the more their bond is tested in astonishing and heartbreaking ways.

At once a blazing lament of our contempt for nature and a deeply humane portrayal of motherhood and what it means to be human, The New Wilderness is an extraordinary novel from a one-of-a-kind literary force.

“Cook writes about desperate people in a world of ever shrinking livable space and increasingly questionable resources…but also about the resilience of children who adapt, even enjoying circumstances that overwhelm the adults around them. Cook also raises uncomfortable questions: How far will a person go to survive, and what sacrifices will she or won’t she make for those she loves? This ecological horror story (particularly horrifying now) explores painful regions of the human heart.”
— KIRKUS (Starred Review)

“The New Wilderness left me as stunned as a deer in headlights. Gut-wrenching and heart-wrecking, this is a book that demands to be read, and urgently. With beauty and compassion, Diane Cook writes about the precariousness of life on this planet, about the things that make us human — foremost the love between mothers and daughters, at once complex and elemental. Cook observes humanity as a zoologist might — seeing us exactly as the strange animals we really are.”
— RACHEL KHONG

“Diane Cook upends old tropes of autonomy, survival, and civilization to reveal startling new life teeming beneath, giving a glimpse into the ways the world we think we know could come unstuck and come to life in the care of the women and girls of the future. This is not just a thrilling, curious, vibrant book–but an essential one, a compass to guide us into the future.”
— ALEXANDRA KLEEMAN

“An absolutely riveting and propulsive novel. Terrifying, and as real as can be. Epic in scale and story; granular and recognisable in people and place. The New Wilderness is surely an instant classic in our stories of survival, sovereignty and adaptation. Cook’s writing is so sure-footed, prescient and trustworthy, it’s all the reader can do to follow her. For fans of Ling Ma’s Severance and Hernan Diaz’s In the Distance, and many, many readers in between.”
— CAOILINN HUGHES

“The New Wilderness strips us of our veneer of civilisation and exposes us for what we are: driven to survive, capable of shocking cruelty and profound, fierce love. This story of what a mother does to save her daughter is unflinching, horrifying, forgiving, deeply moving, and filled with truth that stayed with this mother long after the final page.”
— HELEN SEDGWICK

Perfectly pitched and gorgeously penned, this astonishingly bold collection of stories explores the boundary between the wild and the civilized. Pitting human beings against the extremes of nature, Diane Cook surgically peels back the layers of civilization to lay bare our vulnerabilities and the ease with which our darker, primal urges emerge. Wry, transgressive and utterly unique, Cook’s wildly inventive debut collection illuminates, with surreal humor and heartbreak, humankind’s struggle not only to thrive, but survive.

“Man V. Nature is a knockout … every single story could make a great movie … ‘Somebody’s Baby’ completely captures the crippling, animal-like vigilance of early motherhood. I had to put the book down and just sob, and I was thrilled at the same time, thinking: ‘It works! This medium really works!’ ”
— MIRANDA JULY

“Man V. Nature could also be called Diane Cook V. The Challenges of Writing Fresh, Invigorating Fiction in Our Age. In the latter contest, Cook crushes. Here is a bold debut.”
— SAM LIPSYTE

“Diane Cook’s writing is sharp, bawdy, bold and often hilarious. Her stories are refreshingly crude and her imagination is unbounded. Like her characters, Cook does what she wants. Her world is another universe, where people are wilder.”
— REBECCA CURTIS

“I’m not sure exactly when the current wave of apocalyptic literature began … or if there’s even the possibility that it will lessen or plateau before this planet reaches its end, but I haven’t read anything that tackles the anxiety of oblivion better than Diane Cook’s Man V. Nature.”
— CATHERINE LACEY

“Man V. Nature is as close to experiencing a Picasso as literature can get: the worlds in Diane Cook’s impressive debut are bizarre, vertiginous, funny, pushed to the extreme-but just familiar enough in their nuances of the human condition to evoke an irresistible, around-the-corner reality.”
— TÉA OBREHT

“Astonishing….The stories are surreal, with the sharpest edge and in one way or another, each story reveals something raw and powerful about being human in a world where so little is in our control.”
— ROXANE GAY

Diane Cook is the author of the novel, The New Wilderness, and the story collection, Man V. Nature, which was a finalist for the Guardian First Book Award, the Believer Book Award, and the Los Angeles Times Art Seidenbaum Award for First Fiction. Her writing has appeared in Harper’s, Tin House, Granta, and other publications, and her stories have been included in the anthologies Best American Short Stories and The O. Henry Prize Stories. She is a former producer for the radio program This American Life, and was the recipient of a 2016 fellowship from the National Endowment for the Arts. She lives in Brooklyn, New York, with her husband, daughter and son.

After studying and writing fiction in college, she pivoted to radio, attending the Salt Institute for Documentary Studies in Portland, Maine as a member of their first Radio cohort in 2000. She began her radio career as an intern, then producer at This American Life. After years as a nonfiction writer and producer, she felt hemmed in by all that truth-telling, and decided to return to fiction. She attended Columbia University for her MFA and published her first book, Man V. Nature, a few years later. She has taught writing and literature at Columbia University and at the University of Michigan’s New England Literature Program, in which students and teachers live and study together in a rustic camp, foregoing all technology and traditional classroom methods. It’s awesome. Students from any college or university are welcome to apply.

She has spent a lot of time in remote places, even though her belongings and life were always rooted in cities. The push-pull of civilization and wilderness has always been at the heart of her work. She spent a lot of time in the high desert of Oregon while writing The New Wilderness, nervously trekking on pathless BLM land, getting lost and almost stuck in springtime snowy mountain roads, sharing a parcel of land with a resident mountain lion, startling large herds of elk outside her door on moonless nights. And while she prefers to live remotely and quietly, she’s easily spooked by being alone in wild places, though she keeps returning to them. Whatever balm such places offer her has always been greater than the amorphous fear they also invite.

To request an appearance, contact
Christie Hinrichs at
christie@authorsunbound.com,
or (541) 797-2217.